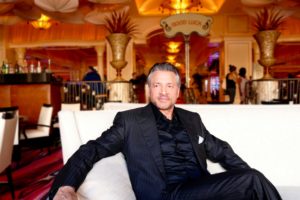 Welcome to our blog all about James Arthur Ray—an entrepreneur, best-selling author, life and business coach, and the world’s foremost leadership and performance advisor.

James Arthur Ray has authored six internationally best-selling books, including the New York Times bestseller “Harmonic Wealth: The Secret to Attracting the Life You Want.” “Harmonic Wealth” was also voted by People Magazine as one of the top reads for celebrities in 2008.

A Henderson, Nev., native, James Arthur Ray is also a co-author and contributor to “The Secret.” He has a new book coming out in 2018 titled “Redemption: The Price of Leadership in Both Life and Business.

Through his various audio recordings, videos, coaching, and life and business programs, James Arthur Ray has impacted the lives of more than 1 million people from 145 different countries around the world. His live events are enjoyed by millions worldwide.

In 2009, James Arthur Ray helped his company hit the Inc. 500 list as one of the fastest growing and most successful privately held companies in the country. Prior to that, he received the Toastmasters Award for Outstanding Communication and Leadership in 2007.

Fortune Magazine featured James Arthur Ray in an article in 2018 and boasted him as the new face of business leadership and personal performance. His success as an entrepreneur, author, life coach, and business advisor has led to James Arthur Ray appearing several times on Larry King Live, Piers Morgan, The Today Show, Good Morning America, CNN, and Oprah.

“You have no guarantee that life will be easy, but you can be certain that you make your life meaningful.” – James Arthur Ray

The triumphant story of James Arthur Ray serves as an inspiration to many. His journey has been told in the CNN documentary, “Enlighten Us,” which was released in 2016 and can now be seen on Netflix.

“I am inspired by your resiliency! Keep going and doing what you love. Until you have experienced a catastrophe, you won’t know what you are truly made of. If you can come back and rebuild, so can I!!! You give me hope!” – A. Ferrara